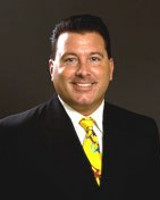 Since finishing High School in Pittsburgh, Bill Baysura has called Vero Beach home since 1987. Bill moved to Vero Beach to become part of the golf team at Indian River State College and pursue his career in Business Management. While pursuing his

Bill also was The Golf Director  for Kalos Golf based in Chapel Hill, North Carolina. While working for Kalos Golf, Bill was fortunate enough to work aboard the Sea Cloud Fleet and worked in such countries as Spain, Portugal, Ireland, Scotland, England, Italy, Germany and the Netherlands.

Bill married his wife Kelly in 1997, who is also from Pittsburgh. Kelly graduated from Duquesne University with a degree in education, and is currently The Executive Director for Elementary Education for Indian River County. Bill and Kelly have 2 children Liam 15 years, and Ava 14 years. Bill has been a Top Producer for many years and has received the Annual Dale Sorensen Real Estate “DSRE Cares Award” 4 times in recognition to his volunteer and charity work in Indian River County. Bill has been with Dale Sorensen Real Estate since 2005 and has a strong knowledge of Beachside living as well as the golf club communities throughout Indian River County